I don’t know why this very important article has been removed from Earth.com, so I’ve decided to post it on my website (the page is demonetized, if you see ads they come from my hosting provider). 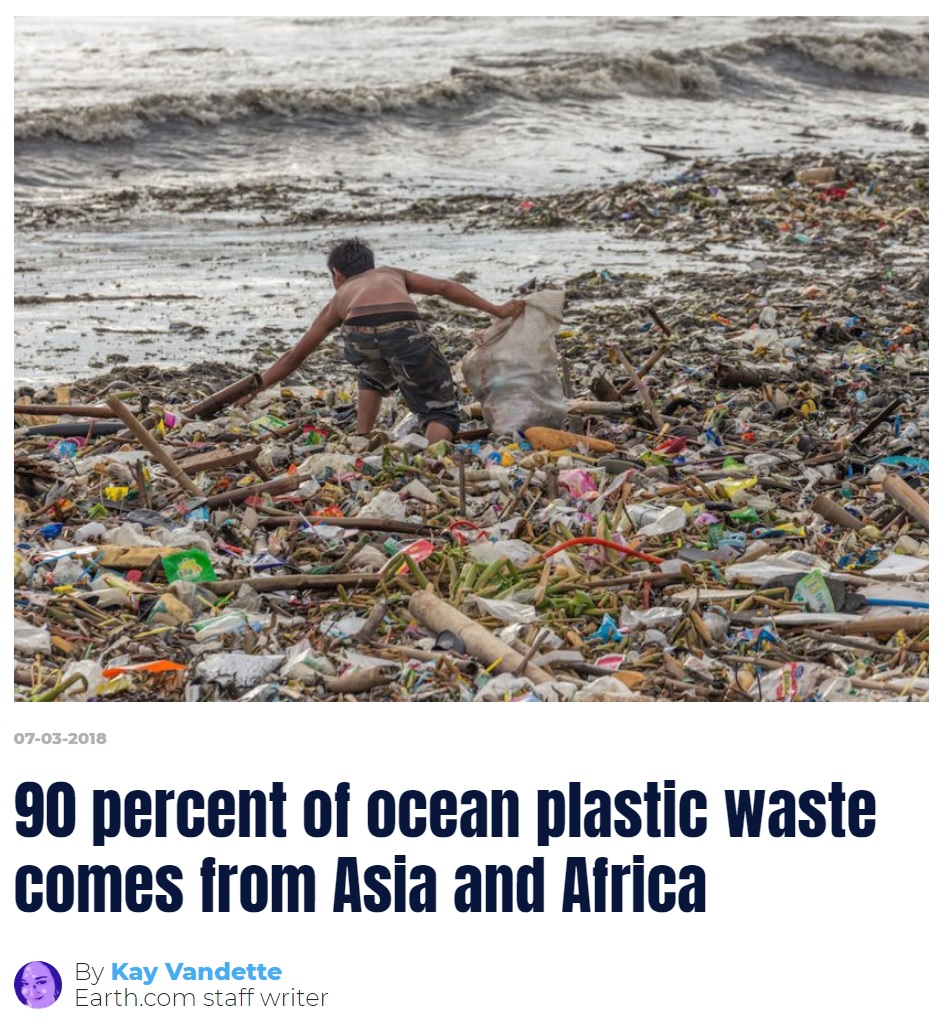 90 percent of ocean plastic waste comes from Asia and Africa

It’s been estimated that around eight million metric tons of plastic ends up in the world’s oceans each year, and now a new study shows that 90 percent of that can be traced back to ten major rivers in Asia and Africa.

The world’s plastic problem has quickly become a plastic crisis and around five trillion pounds of it is currently in the oceans.

Major efforts to remove plastic from the oceans are a long way off, so researchers from the Helmholtz Centre for Environmental Research in Germany conducted a study to target the source of the ocean’s plastic.

The results, published in the journal Environmental Science & Technology, show that by reducing plastic pollution in the Yangtze and Ganges rivers, the amount of pollution that ends up in the ocean every year could decrease by half.

Getting to the source of the pollution is one of the best ways to get ahead of the plastic crisis according to the study.

“One thing is certain: this situation cannot continue,” Christian Schmidt, a hydrogeologist at Germany’s Helmholtz Centre for Environmental Research told the Daily Mail. “But as it is impossible to clean up the plastic debris that is already in the oceans, we must take precautions and reduce the input of plastic quickly and efficiently.”

To find out the biggest contributors to the ocean’s plastic the researchers reviewed data from 79 sampling sites along 57 rivers.

The worst polluter was the Yangtze River in China, which sends 1.5 million tons of plastic to the Yellow Sea every year.

It is not well known how plastic from rivers ends up in the ocean even though rivers become major carriers of waste and this study helps shed light on the issue.

Only a few of the world’s rivers contribute the largest amount of plastic, the study found.

“The 10 top-ranked rivers transport 88-95 percent of the global load into the sea,” Schmidt told Daily Mail. “The rivers with the highest estimated plastic loads are characterized by high population – for instance the Yangtze with over half a billion people.”

Part of the reason cleanup in the ocean itself is so difficult is because of microplastics which are found in every major sea and river but cause serious harm to marine life who accidentally ingest them.

Instead, the researchers suggest that efforts should focus on reducing plastic at the river sources.