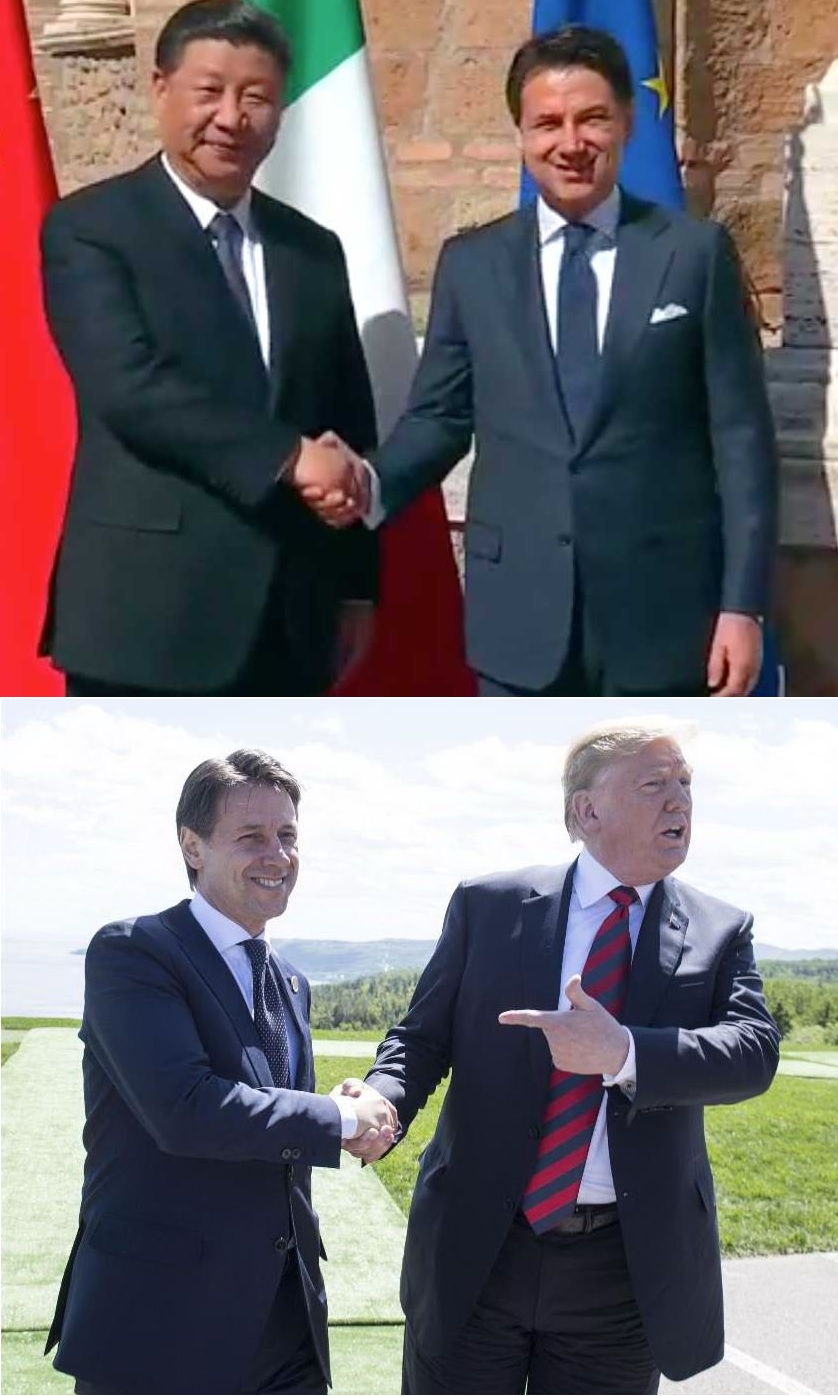 The political crisis that is affecting Italy in these days was officially blamed on Matteo Salvini’s willingness to take advantage of the growing consensus towards his party, in order to hold an early vote and secure his premiership. But actually there are also geopolitical implications of the issue neglected by the mainstream media, in particular with regard to relations with China.

In a nutshell, Salvini is pro-American (or rather pro-Trump), while the Five Star Movement has a more “multipolar” conception of international affairs. Five Star Movement leader Luigi Di Maio, as Deputy Prime Minister (until the recent “breakup”), has been twice to China (September & November 2018) to sign bilateral agreements and to undertake a series of steps culminating in the colossal Belt and Road Initiative, for which the Italian governement signed a Memorandum of Understanding in Rome on 23 March 2019 (with the significant absence of Salvini during the official event).

Other important measures taken by the pro-Chinese faction of the government have been the grant to Cassa Depositi e Prestiti to issue Panda bonds (bonds denominated in renminbi and sold in China from non-Chinese issuers) and a strengthening of Huawei commercial presence in Italy. This last point in particular, has given rise to criticism from part of the American press. Let’s remember the “burning words” from Washington Post (A defiant Italy becomes the first G-7 country to sign on to China’s Belt and Road Initiative, 23 March 2019):

“Even by the decorous standard of state visits, Chinese President Xi Jinping has received a warm welcome in Italy. That welcome started the moment Xi entered Italian airspace and, according to Chinese state media, two of the host nation’s fighter jets escorted his plane.
(…) The most geopolitically important — and controversial — symbol of embrace came Saturday, when Italy formally agreed to be part of China’s signature foreign policy and infrastructure project, known as the Belt and Road Initiative, becoming the first Group of Seven country to do so.
(…) Italy, whose economy has sagged for decades, says the potential economic benefits are too great to pass up. But in pursuing the Belt and Road deal, Italy’s populist government is breaking ranks with the most powerful countries of the West, defying the wishes of the Trump administration, and highlighting the unsettled debate within Europe on how to deal with China’s globally expanding ambitions.
(…) Officials in Washington have warned that Italy is making a mistake and overlooking the downsides of doing business with Beijing. Criticism of the Belt and Road projects has been extensive.”

Garrett Marquis, spokesman for the White House National Security Council, on his official Twitter used an undiplomatic tone to warn the Italian ally on the issue:

Italy is a major global economy and great investment destination. No need for Italian government to lend legitimacy to China’s infrastructure vanity project.

Italy is a major global economy and a great investment destination. Endorsing BRI lends legitimacy to China’s predatory approach to investment and will bring no benefits to the Italian people.

Of course the US government has also taken counter-initiatives, relying on its main contact with Matteo Salvini, Giancarlo Giorgetti (Secretary of the Council of Ministers in the government of Giuseppe Conte). Giorgetti tried to introduce into Italian legislation a clause on the so-called golden share power, an attempt to prevent Huawei “colonization” (sic) on the 5G next-generation telecom networks under the guise of protecting strategic sectors such as defense, energy, transport and communications. “If it’s about helping Italian companies invest abroad, then we are ready to talk to anyone,” Matteo Salvini said. “But we’re absolutely not ready to do so if it’s a question of foreign companies colonizing Italy.”

The Five Star Movement, embracing Huawei’s strong criticism on the decree, refused to approve the measure. “Casually”, in the very next moment, the government collapsed, coming up with a lot of excuses for the public opinion. But what if it’s just another moment of the trade war between Washington and Beijing?

P.S. I owe most of my considerations to the brilliant analysis of F. Amodeo (in Italian).