Cesare Pavese (9 September 1908 – 27 August 1950) was an Italian poet and novelist. He commited suicide in 1950. Contemporary speculation attributed his tragedy to either an unhappy love affair with the American filmstar Constance Dowling or else his growing disillusionment with Italian politics. His Diaries stands with James Joyce’s Letters and André Gide’s Journals as one of the great literary testament of the twentieth century.

“The only circumstance in which a woman is inferior to herself, must be just when she has her period. Who knows the calendar of women, he also knows the way to take them. Which is also a double meaning – so much the better.” (26th April 1936, censored)

“Who told you life was to be enjoyed? My boy, we still have childish illusions. But, if it is true that this sort of thing happens to all men, how is it that old men do not seem overwhelmed, driven crazy, broken by life; that, on the contrary, they all look so tranquil? The only understandable thing is why dead men rot, with all that poison inside them.” (28th April 1936)

“The reason why women have always been bitter as death, sinks of iniquity, faithless jades, Delilahs, is, fundamentally, simply this. A man, unless he is a eunuch, can always achieve ejaculation with any woman. But women hardly ever experience this joyous liberation, and then not with just any man, often not with the man they love, simply because they love him. If once they know it, they dream of nothing else, and because of their (legitimate) longing for this moment of ecstasy they are ready to commit any wickedness. They are driven to it. It is the fundamental tragedy of life, and a man who ejaculates too soon had better never have been born. It is a failing that makes suicide worth while.” (27th September 1937)

“The worst thing a suicidal type of man can do is not killing himself, but thinking of it and not doing it. Nothing is more abject than the state of moral disintegration that inspires the idea—the habitual idea—of suicide. Responsibility, conscience, strength of mind, all drift aimlessly about in that dead sea, submerged or brought to the surface again by any chance current.
The real failure is not the man who does not succeed in great  things—who ever has?—but in little things, making a home, keeping a friend, keeping a woman happy, earning his living like anyone else. He is the most miserable failure.” (6th November 1937)

“Every woman longs for a man friend to confide in, to fill the empty hours when the one she loves is away; she insists that this friend does not affect her love for the absent one; she takes offense if he makes any demand that might interfere with her love; but if that friend grows cautious and keeps his words and glances under control, with the sole Object of saving himself further suffering, then the woman— any woman—immediately does her best to increase her hold upon him so that she can watch him suffer. And she does not even realize she is doing it.” (17th November 1937)

“In love, all that counts is having a woman in one’s home, in one’s bed. All the rest is a pack of nonsense, pernicious nonsense.” (28th November 1937).

“Naturally, everybody says to you ‘What does it matter? That’s not the only thing. Life is full of variety. A man can be good for something else,’ but no one, not even the men, will look at you unless you radiate that power. And the women will say to you: ‘What does it matter,’ and so on, but they marry someone else. And to marry means building a whole life, a thing you will never do. Which shows you have remained a child too long.” (25th December 1937)

“This much is certain: you can have anything in life except a wife to call you ‘her man.’ And till now all your life was based on that hope.” (5th January 1938)

“There is nothing ridiculous or absurd about a man who is thinking of killing himself being afraid of falling under a car or catching a fatal disease. Quite apart from the degree of suffering involved, the fact remains that to want to kill oneself is to want one’s death to be significant, a supreme choice, a deed that cannot be misunderstood. So it is natural that no would-be suicide can endure the thought of anything so meaningless as being run over or dying of pneumonia. So beware of draughts and street corners.” (8th January 1938)

“Those philosophers who believe in the absolute logic of truth have never had to discuss it on close terms with a woman.” (19th February 1938)

“To understand why a woman seems thoughtful, embarrassed and apologetic when she is with several young men, think how you feel yourself among five or six prostitutes, all watching you and waiting for you to make your choice.” (14th July 1938)

“There is nothing more stupid than thinking one can make a conquest of a woman by showing off one’s own cleverness. Cleverness cannot compete with beauty in such a matter, for the simple reason that it does not arouse sexual excitement; beauty does.
At the most, one may win her in that way when one’s abilities seem a means of acquiring power, riches, social position—advantages that, by yielding, she will also enjoy. But cleverness itself, like an immense impersonal machine, leaves any woman quite unaffected, a truth you must not forget.” (31st August 1940)

“To know that someone is waiting for you, someone who may ask you to account for your actions, your thoughts, follow you with their eyes, hoping for a word from you—all that depresses you, embarrasses you, offends you.
The believer’s idea is sound, even in carnal matters. He knows that someone is awaiting him—his God. You are a bachelor—you do not believe in God.” (21st November 1947)

This is the first time I have drawn up a balance sheet  for a year that is not yet over.
In my work, then, I am king. In ten years I have done it all. If I think of the hesitations of former times…
In my life I am more hopeles, more lost than then. What have I accomplished? Nothing. For years I have ignored my shortcomings, lived as though they did not exist. I have been stoical. Was that heroism? No, I made no real effort. And then, at the first onset of this “agonizing disquietude,” I have fallen back into the quicksand. Even since March I have struggled. Names do not matter. They are only names that chanced to drift my way; if not those, there would have been others. What remains is that now I know what Will be my greatest triumph—and this triumph lacks flesh and blood, life itself.
This is the balance sheet of an unfinished year, that I won’t finish.
I have nothing Ieft to wish for on this earth—except the thing that ffteen years of failure bars from me.” (17th August 1950)

“All it takes is a little courage.
The more the pain grows clear and definite, the more the instinct for life aserts itself and the thought of suicide recedes.
It seemed easy when I thought of it. Weak women have done it. It takes humility, not pride.
All this is sickening.
Not words. An act. I won’t write any more.”
(18th August 1950) 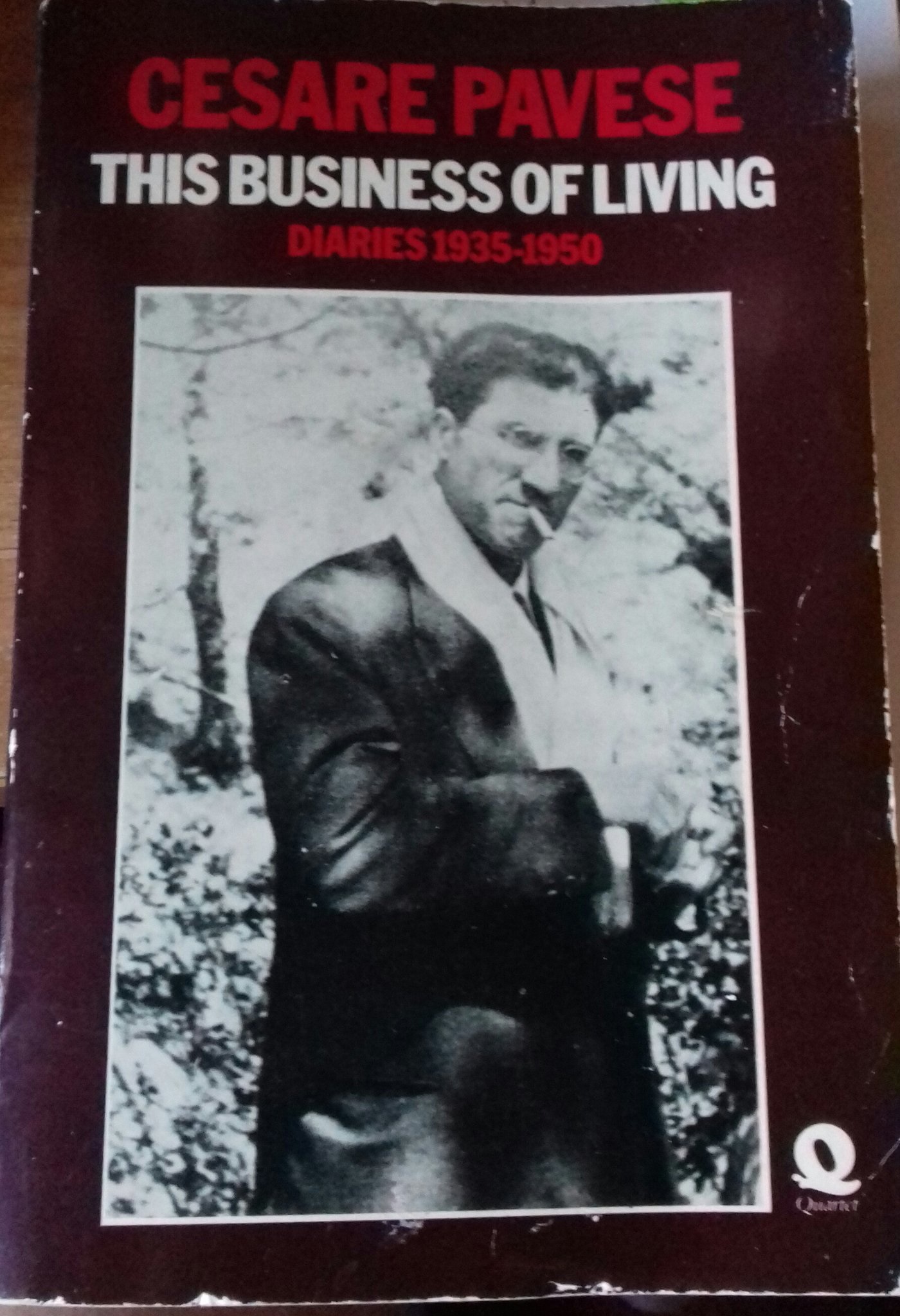 Kill yourself for a woman / Kill a woman for yourself. Cesare Pavese and the idea of sacrifice

America is now the Incel Empire