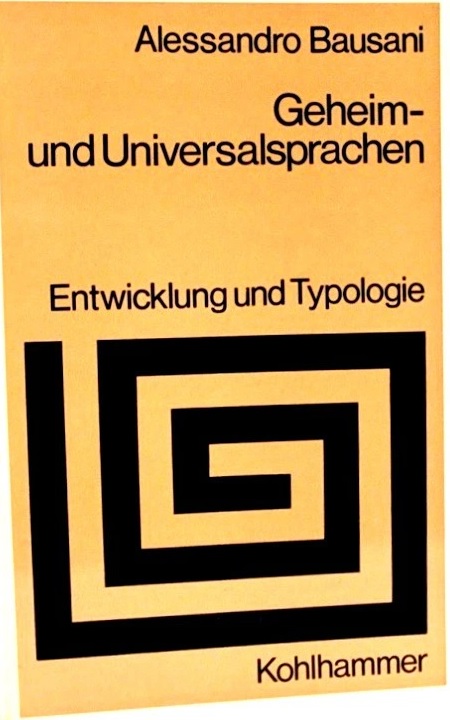 Even if Alessandro Bausani is, among other things, one of the greatest Italian polyglots, he didn’t have a Wikipedia page in English until 2019 (but you can find Esperanto, German, Russian and Тоҷикӣ versions).
For anyone who wants to know more, this is an exhaustive biography by one of his students (Biancamaria Scarcia Amoretti).
Here you can also find some original articles (mostly in English).
For my part, all I can do for now is translate a short but soulful description by one of his friends:

“My life in the first decades is related in many ways with that of Alessandro Bausani. His family lived on the third floor and mine on the fourth of a building in Rome. They told me that when Alessandro was ten, he saw my mother reading newspapers in Arabic language (Al Ahram from Cairo, other Lebanese and Syrians newspapers) and asked her: ‘Ma’am, teach me Arabic please!’
With low expectations, my mother began to give him lessons. Alessandro learned Arabic very quickly as he did later with other thirty languages. He spoke perfectly all European languages (including Basque) and after Arabic he learned Persian, Urdu, Pashto, Turkish, Malay, Chinese, Esperanto.
During WWII he spoke in Persian on Radio Rome. He was 21 years old and nobody could believe that he wasn’t Iranian. His Iranian friends give him a nickname, Iskhander Khorasani, because his way of speaking was similar to the Khorasan accent.
As a teenager he had invented a language, Markusko, which followed the same evolutions of real languages (he wrote a book in German about his artificial language, Geheim- und Universalsprachen). He used Markusko in a game of world politics created by our sisters.
[…] When I was 17 he taught German to me–and in a year he took me to a level that I could begin to make technical translations.
When I was thirty I studied a little bit of Russian and Alessandro dared me to speak Russian by replacing all the vowels with ‘a’ or ‘i’.
[…] Alessandro’s grandfather was an illiterate peasant from Central Italy. This detail completes the extraordinary portrait of a modest and peerless man. Some sides of his personality were irritating, but everything had to be forgiven because there is no doubt that the world now is different (and better) due to the fact that a man like Alessandro Bausani existed and left deep marks in the minds of many of us”.